Ireland, the Emerald Green Isle, is perhaps best known around the world for the warmth of its people, but it’s also a nation with a long and turbulent history. I’ve always been proud to call myself Irish and to call Ireland my home, and after doing lengthy research for ‘The Missing Sister’, I’ve gained newfound respect for those who came before me and who shaped Ireland as it is today.

I have focussed on West Cork, a beautiful, coastal county in the south-west of Ireland, where I live. With lockdown in full swing, I turned to my friends and neighbours, set about finding out more of Ireland’s recent history. At the heart of it all was the fierce desire for independence from the British Empire, which had held dominion over Irish lands for over 700 years, since the Anglo-Norman invasion of Ireland in 1169. In the 20th century, the county of West Cork became instrumental in the fight for independence, and the fictional Murphy family is inspired by families who fought so bravely and lost so much in the revolution. 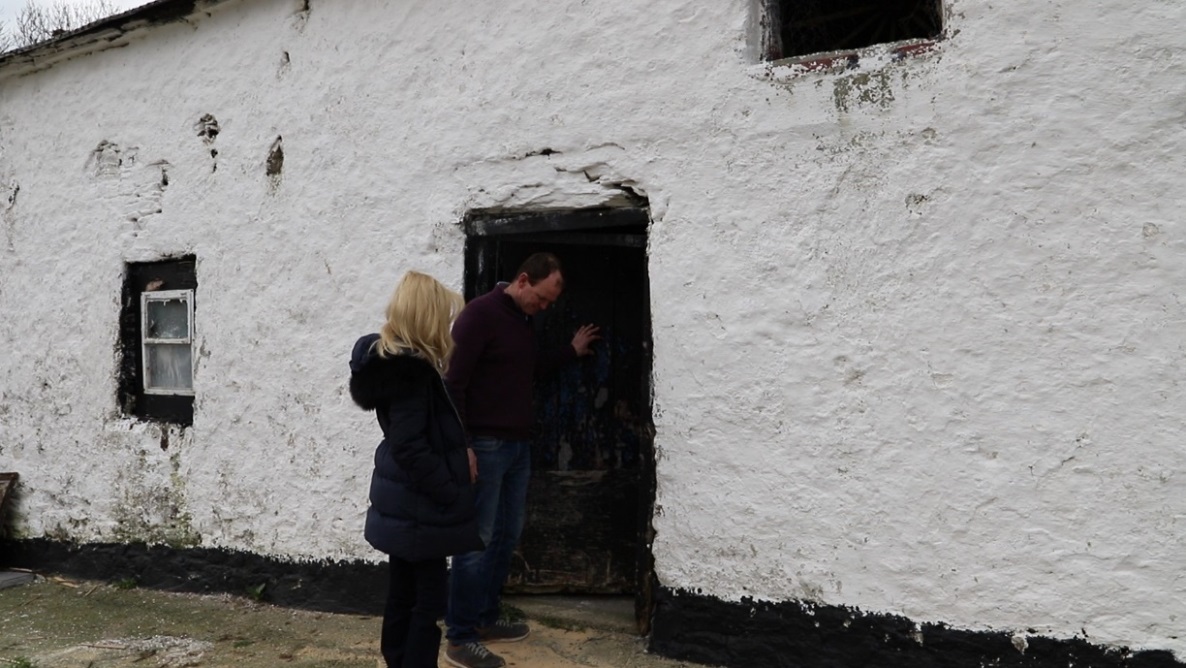 Ireland had been advocating for some form of self-governance for many years, and particularly just before the start of the Great War. When this request was denied by the British parliament, the Irish Republican Brotherhood (IRB) decided to take matters into their own hands and planned an insurrection. 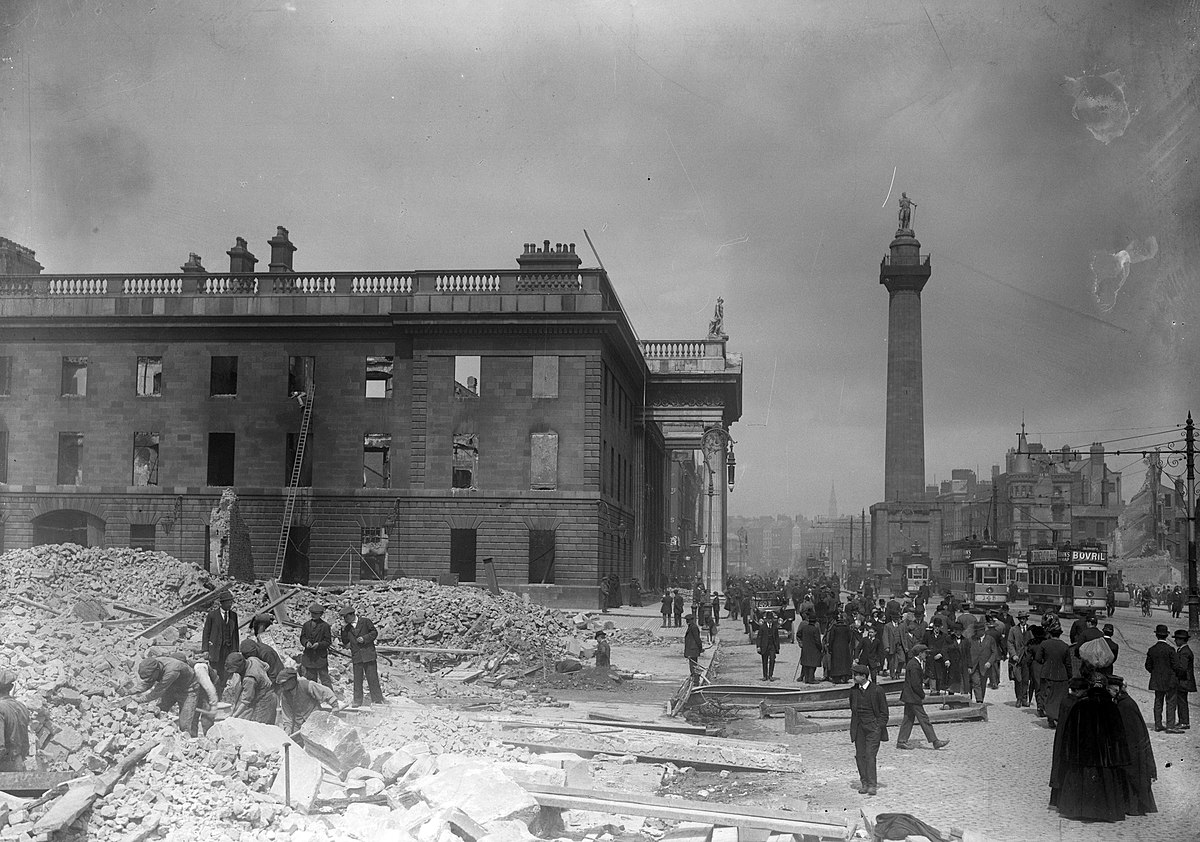 But immediately, the British government crushed the rebellion and declared martial law in Ireland. The resulting violence destroyed much of Dublin’s city centre and 450 people were killed, with 2000 injured, many of them civilians.

Scenes of destruction in Dublin 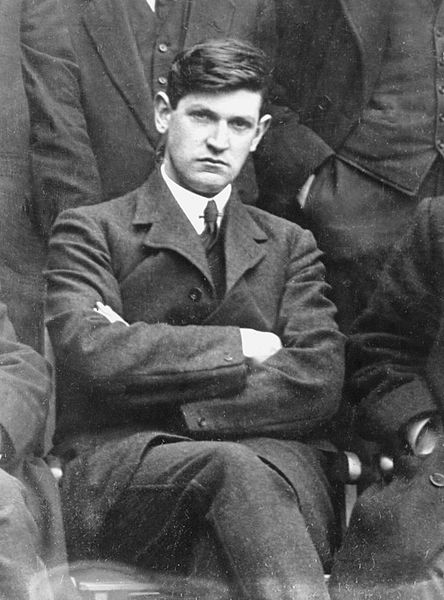 A young Michael Collins, from Clonakilty in West Cork, was a part of the Easter Rising, preparing arms and training troops, as well as being a financial advisor to the IRB. He fought alongside Patrick Pearse and was arrested and imprisoned when the Rising was quashed by the British.

After his release, he rose through the ranks of the newly formed Dàil Éireann (Assembly of Ireland), eventually becoming Minister for Finance. When The Anglo-Irish War began in January 1919, he became Director of Intelligence for the Irish Republican Army, and was instrumental in organising the guerrilla warfare used against the British troops. Known as ‘Mick’ and ‘the Big Fellow’, he was a figure of great respect and adoration (especially by Hannah in ‘The Missing Sister’). 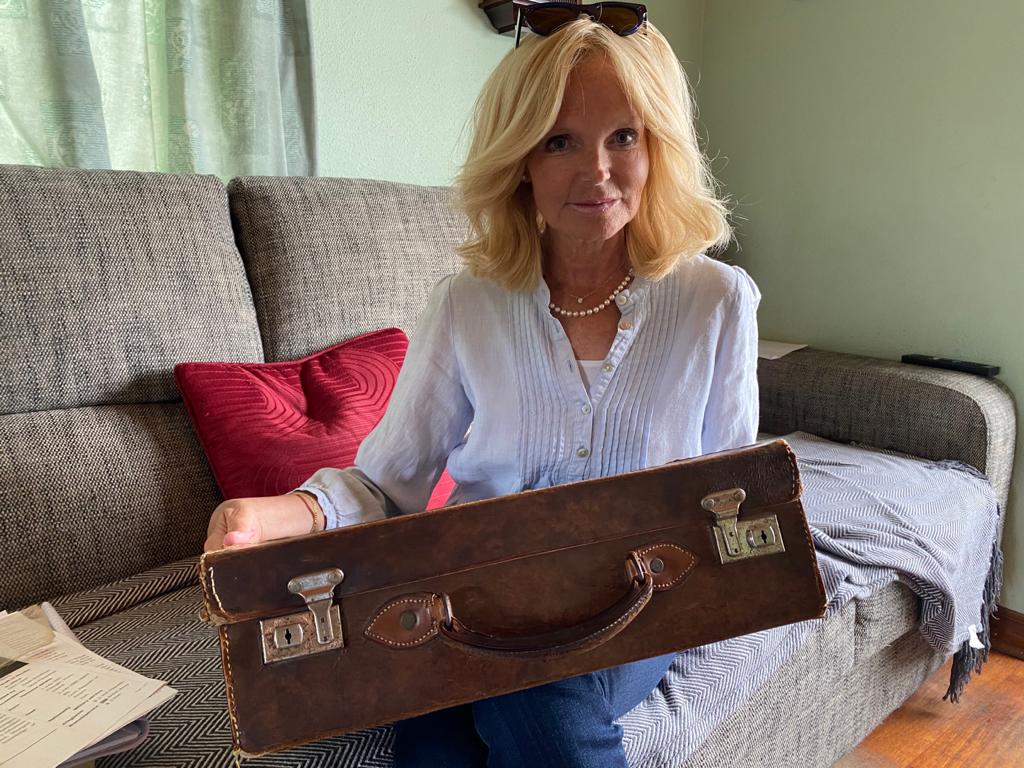 Portrayed as the fictional Finn Casey’s best friend in ‘The Missing Sister’, Charlie Hurley was one of many heroes of West Cork during the Anglo-Irish War. He became an active Volunteer in the IRA, and like many was imprisoned on Beare Island in 1918 after being discovered by the British in possession of arms and plans for insurrection. He was only released after a number of hunger-strikes.

On March 19th, 1921, when he was recuperating from wounds sustained in an ambush on the British, his ‘safe house’ was surrounded and he tried to escape to spare the lives of the family who had sheltered him. He was shot and killed, his body secretly recovered by the women of Cumann na mBan so he could be given a funeral in Clogagh graveyard. 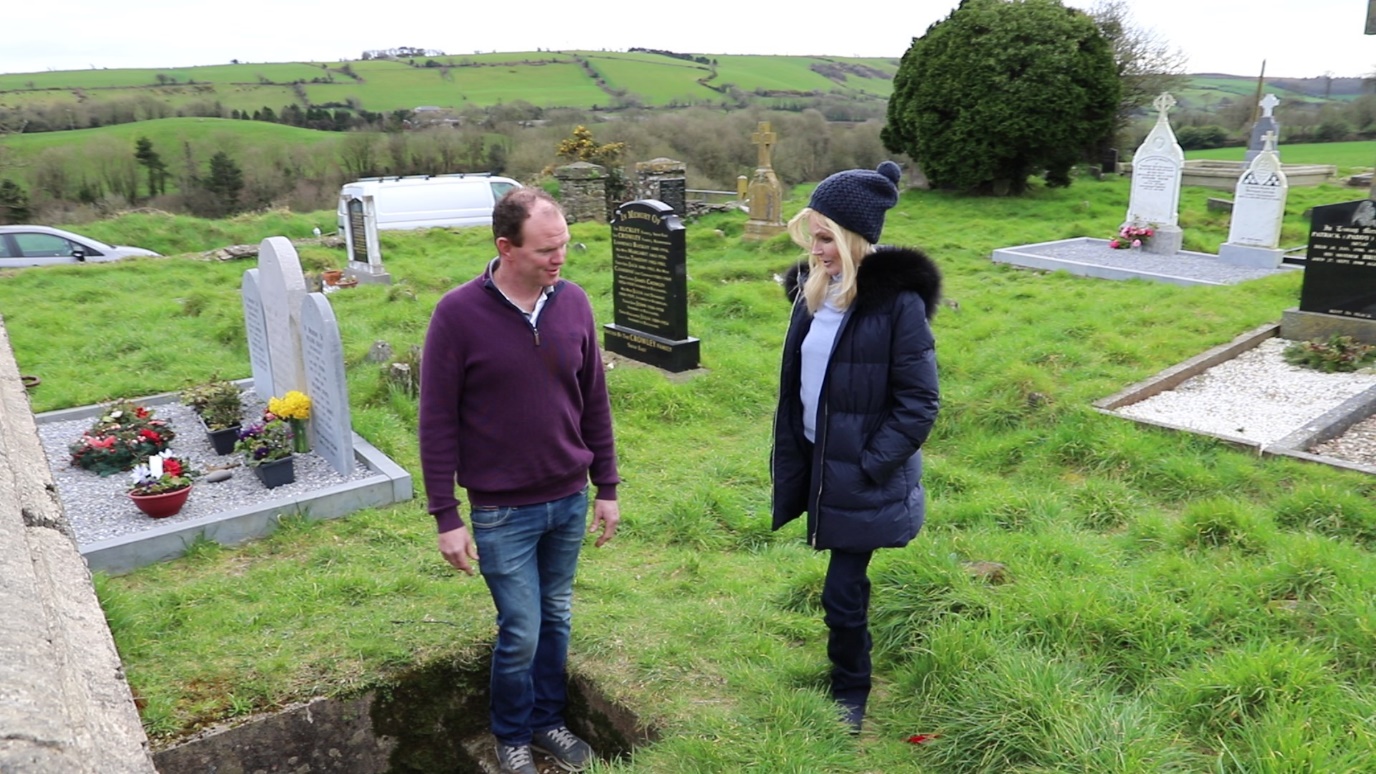 When a truce was finally called in June 1921, Michael Collins travelled to London to negotiate terms of a treaty with the British Prime Minister David Lloyd George. As I describe in ‘The Missing Sister’, there were mixed reactions to the resulting Anglo-Irish Treaty: it had put a stop to the war, but it had given up a section of the northern part of Ireland to the United Kingdom, keeping the South of Ireland as a ‘dominion’ – effectively still a part of the British Commonwealth. This treaty was not what the Irish Volunteers had fought and lost lives for, and led to a civil war between those who supported the Treaty and those that did not.

And this is perhaps the most tragic part of my research – finding out how families were divided over the Treaty and the future of Ireland.

Sean and Tom Hales
The Hales Brothers, also sons of West Cork, make appearances in ‘The Missing Sister’. Both brothers and their many siblings fought courageously and had prominent roles – until Tom was captured in July 1920, tortured and imprisoned.

Tom was released from jail in December 1922, after the Treaty had been agreed, and returned to a divided West Cork. Tom, a staunch Republican, could not accept the terms of the Treaty and felt betrayed by Michael Collins. Sean, on the other hand, sided with the pro-Treaty government, seeing it as a step towards their true aim: a united republic of Ireland. And so the brothers went to war with each other. The Irish Civil War lasted from June 1922 to May 1923. 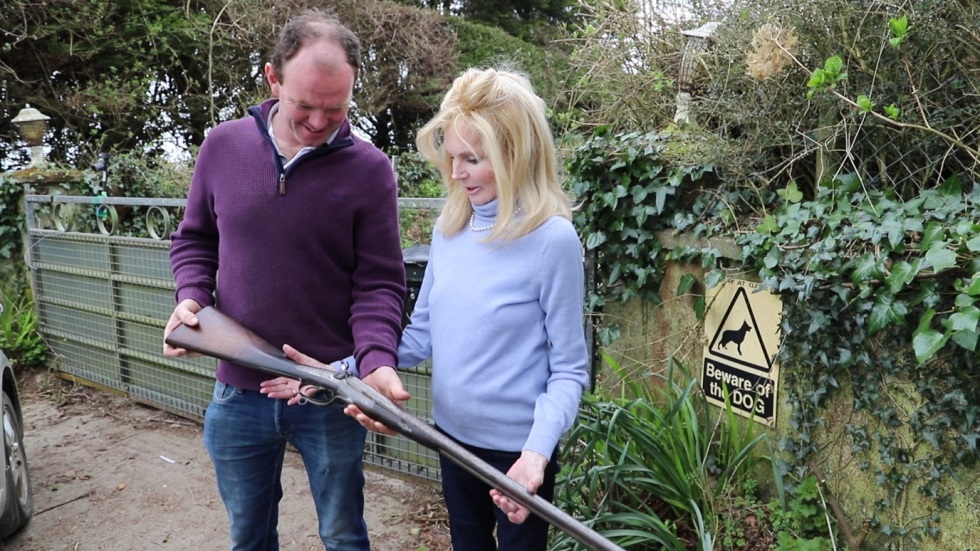 At this point, Michael Collins had been elected Commander in Chief of the National Army for the pro-Treaty side, fighting alongside Sean Hales. During the hostilities, he was killed in an ambush on August 22nd, 1922, at the crossroads in Béal na Bláth.

To this day, it is still uncertain who fired the killing shot – though evidence points to ‘Sonny’ O’Neill (who makes a brief appearance in ‘The Missing Sister’), a trained marksman who took part in the ambush.

Tragedies mounted as the Civil War continued, and Sean Hales was shot in Dublin only a few weeks later.

Ireland becomes a republic in 1949

After 1922, as a dominion of the British Commonwealth, all Irish citizens remained British subjects and the King continued to be head of state, though by 1936, almost all references to the monarch from Irish constitutional law had been removed.
Finally, the Republic of Ireland Act in 1948 provided for the abolition of the last remaining functions of the King in relation to Ireland, and from then onwards the President of Ireland would exercise these functions in the King’s place, making Ireland a fully independent republic.