I always knew I would set parts of The Moon Sister in Spain. I also knew that flamenco would be at the very heart of Tiggy’s story.

Carmen Amaya was one of the most famous and passionate flamenco dancers of her generation. She was a gitano, a Spanish gypsy, and I decided to base my fictional character, Lucía Amaya-Albaycín, on her. I used Carmen’s long-time lover, Agustín Castellón, known as ‘Sabicas’, as the basis for the character of Meñique.

Carmen was born to a desperately poor gypsy family in 1913 in Barcelona. Later in her life, she claimed to have been born in the Seven Sacred Caves of Sacromonte in Granada, the heart of the flamenco world.

Carmen learned to dance from her mother, Micaela, and her aunt, Juana la Faraona (who also appears in The Moon Sister). Her father was the famous guitarist known as ‘El Chino’, and it was he who encouraged her to begin dancing professionally at only four years old. Her reputation quickly grew, and she was soon christened ‘La Capitana’ (The Captain, our Leader) by her fans.

When Carmen was ten years old, she met the great love of her life, ‘Sabicas’. The first time he saw Carmen dance, he was captivated: “It seemed like something supernatural to me … I never saw anyone dance like her. I don’t know how she did it, I just don’t know!’ 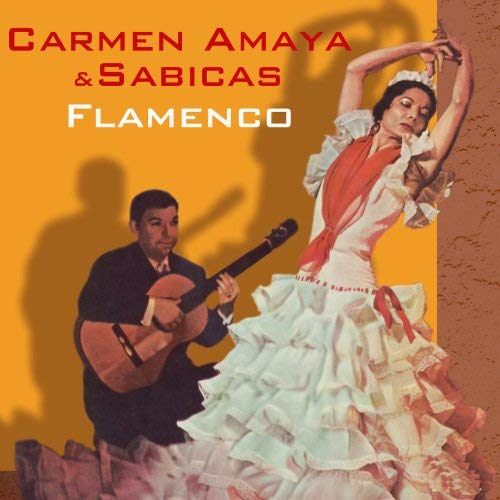 Sabicas and Carmen recorded albums together – although famous for dancing, Carmen also had a soulful voice.

Carmen was tiny, barely 4’10” tall, but with a wiry, powerful body. Although her feet were child-sized, her stamping was so powerful that she once broke through the floorboards on stage. Carmen’s dancing was unique, hypnotic and dazzling – she embodied the ‘duende’, the soul of flamenco.

Carmen’s fortunes grew as she began performing throughout Europe with her cuadro – her troupe of musicians, singers, and dancers.

In 1936, Carmen and her cuadro were performing in Madrid when the Nationalists attempted to take control of the city and the Spanish Civil War began. There are various stories about how they escaped to Portugal, and I have adapted one of them in The Moon Sister.

Throughout her career, Carmen was criticised for wearing trousers – when she danced they gave her physical freedom and made her extraordinary footwork visible. 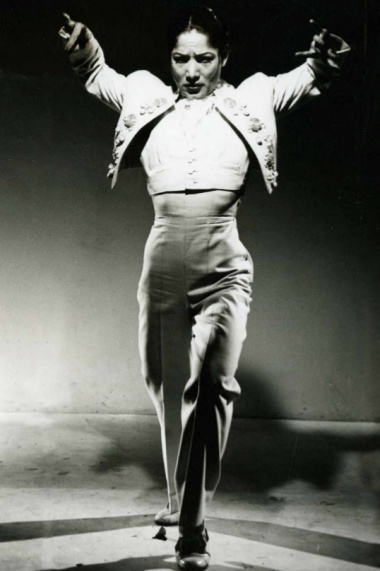 After conquering, South America, Carmen set her sights on the United States, where her great rival, the dancer La Argentinita, had found fame.

The constant travelling and close quarters wore down the relationship between Carmen and Sabicas. Although she was desperate to marry him, he never proposed. They even fought on stage, with Carmen storming off in the middle of a performance in Mexico City. In 1945, Sabicas left her and remained in Mexico.

In 1950, Carmen returned to Spain, where she married the payo (non-gypsy) guitarist Juan Antonio Agüero. She continued to tour the world, record albums and make films, while smoking several packs of cigarettes a day and barely eating (except for her beloved sardines). 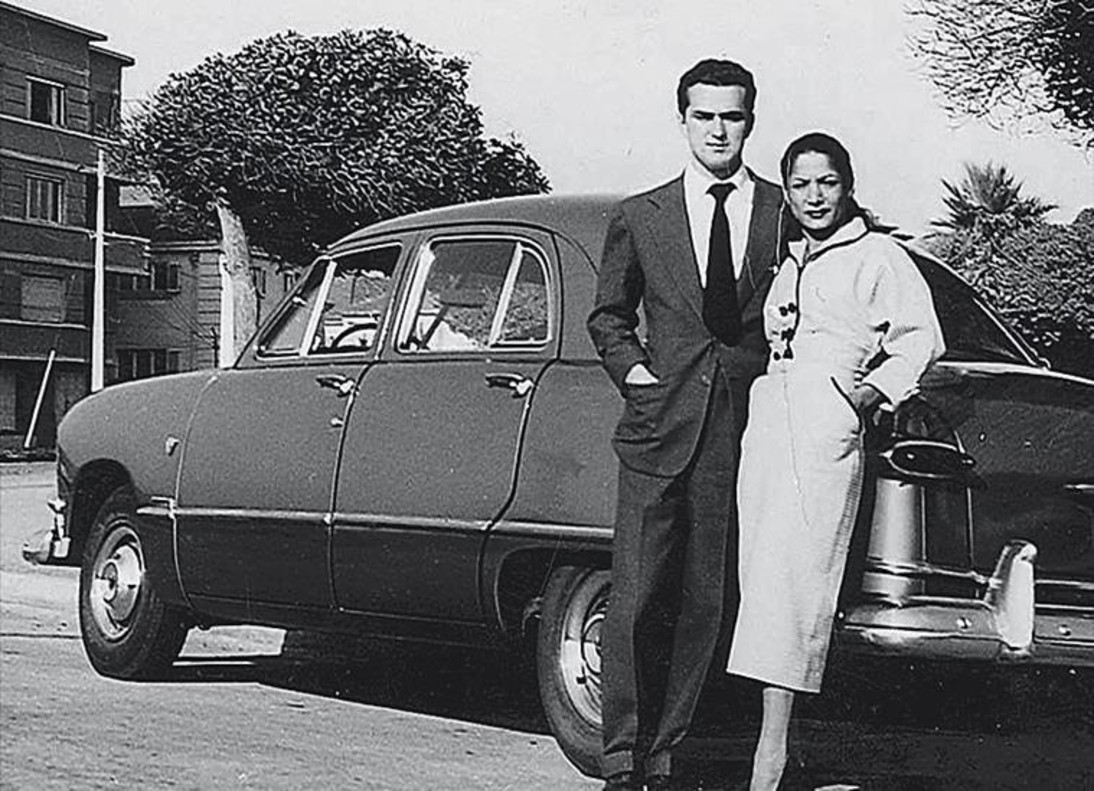 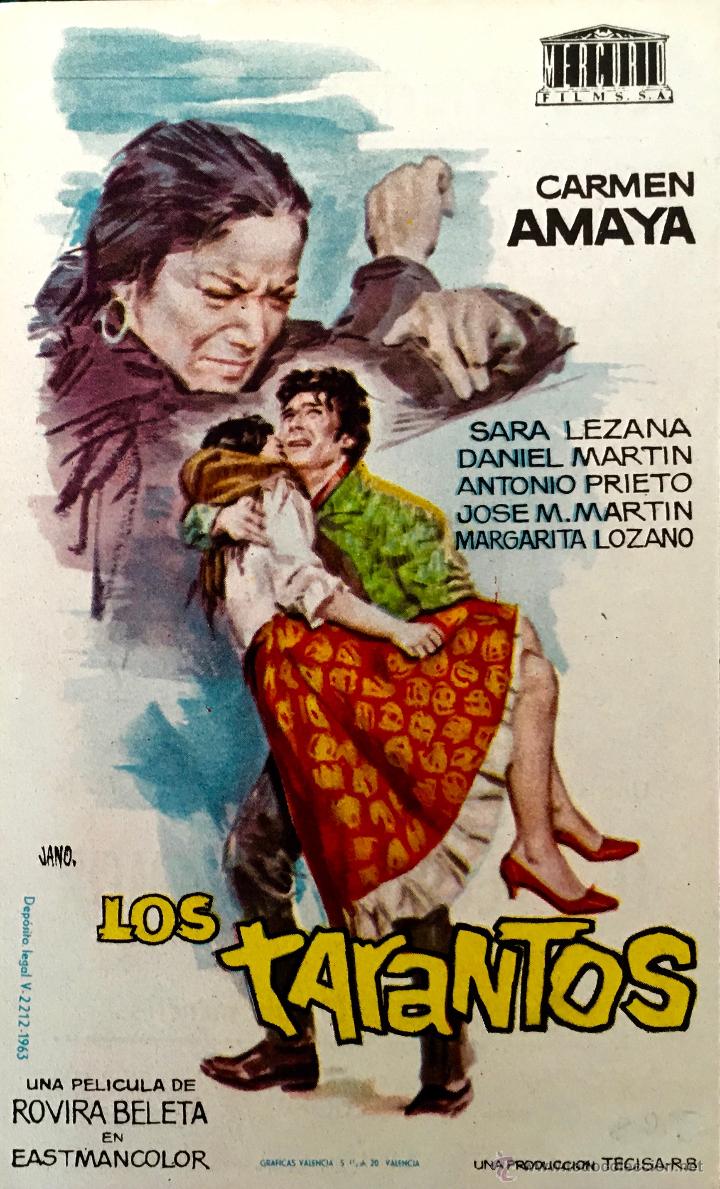 A film poster of one of Carmen’s films ‘Los Tarantos’, 1963. Carmen never got to see it on screen before she died.

In 1963, she collapsed on stage in Mexico City. Juan Antonio convinced her to return to Spain, where she was diagnosed with kidney failure. A few months later, she died holding Juan Antonio’s hand at her home in the town of Bagur. There was nationwide grief and thousands made the pilgrimage up the steep mountain paths to the place where Carmen had died.

Real Stories Behind the Book