Violet and Sonia were Alice Keppel’s daughters. Raised in Portman Square, London, they enjoyed an unusual childhood, watching aristocrats and politicians coming in and out of the house, as well as ‘Kingy’, their pet-name for King Edward VII.

At the age of ten, Violet met Vita Sackville-West, who was then two years older. An intense friendship grew between the two young girls that eventually become a passionate love affair in their adult years. 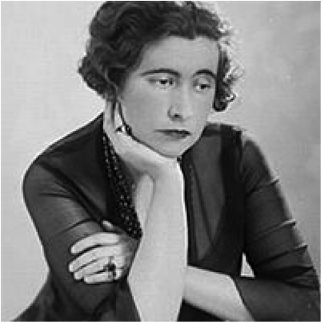 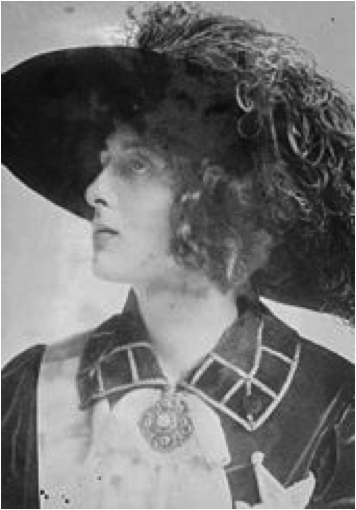 Despite confessing her love for Violet, Vita married Harold Nicholson in 1913. This did not stop the women from seeing each other, as they continued to conduct their affair. Violet later married Denys Trefusis in 1919, a union arranged by her mother. Violet loathed marriage, and demanded that she and Denys would never have sex, to which he agreed.

Violet and Vita snatched moments together, running away to France several times. They wrote each other heartfelt and poetic letters when they were apart, which have since been published. The situation came to a head in 1921, when their love affair ended unhappily, in part due to pressure from their husbands.

Vita went on to have liaisons with many others, the most notorious of whom was the author Virginia Woolf. Vita was the inspiration for one of Woolf’s most well-known novels, Orlando, whose title character provided the name for one of my characters in The Shadow Sister.

From 1923 onwards Violet lived in France, separated from Denys, and began a relationship with Wineretta Singer, heiress to the Singer sewing empire. Throughout her life, Violet wrote a great deal of poetry and prose, but never rivalled the success of Vita, who was by then a well-known author, part of the Bloomsbury set, which included Virginia Woolf. Some of Violet’s work has since been published by Virago Press, and her autobiography Don’t Look Round (1952) was invaluable in my research for The Shadow Sister.

Sonia led an altogether more quiet life with her husband the Hon. Roland Calvert Cubitt. Her memoir, The Edwardian Daughter, is a charming glimpse of Edwardian childhood, and contains veiled references to ‘Kingy’, her mother’s friend. Sonia also happens to be the great-grandmother of Camilla, Duchess of Cornwall, the wife of Prince Charles.